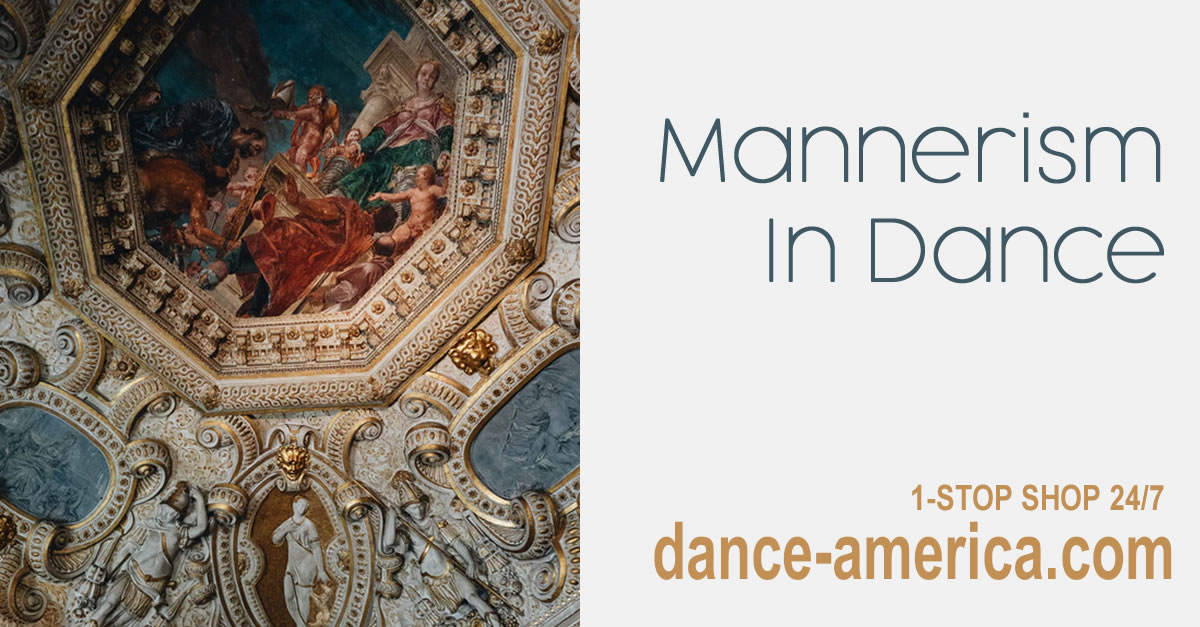 The human race is on an unending quest to find new ways to express themselves through art. All art forms change over time to reflect how the world is changing and dance is no different. From the simple circle dances of the Medieval times to the most complex choreography, all styles of dance are a reflection of the times in which they were invented. One such time period that had a strong influence over the world of dance was the Renaissance era which eventually inspired Mannerism. Mannerism is a term that refers to a particular style of art and architecture that came into existence just after the High Renaissance, around 1520 to 1600. This style of art strove to represent the idea of beauty as opposed to the strictly realistic beauty depicted in the art of the High Renaissance.

In 1517, Martin Luther had just released the Wittenberg Thesis, which changed the world of religion and in turn changed the world of art. The ideas of calm perfection shown in the works of Michelangelo and da Vinci no longer seem fitting for such a time. On top of that turmoil, these famous artists, as well as Raphael, had achieved what has been likened to artistic perfection. This did not leave much for the artists who followed right after them. This led new artists to start pushing the boundaries; they began experimenting with the idea that art could represent more than just real life, but the idea of life. Mannerist art is characterized by slight over exaggerations of depth and perspective. In images of people, limbs were longer and somewhat misshapen and facial expressions are highly pronounced. In the scenery, landscapes were uneven and depths were deceiving. It was an all-new style that gave artists the ability to express their ideas without the constriction of realism.

So how did this shift in art affect the dance world? The Renaissance era was the age when dance became important enough to be studied and recorded. Instead of simply dancing for entertainment, dance became another art form with which artists could capture their ideas and in turn show them to others. Dance could be used as a living display of Mannerist art, with elongated limbs and exaggerated expressions. Mannerist artists were also known to use very vivid bright colors in their work to aid in the overstated look of their pieces. A practice that can easily be recognized in the brightly colored dancewear and shoes used in all forms of dance.

Mannerism is still very prominent in modern dance styles. Dance allows one to express big emotions in an exaggerated way. Consider the long lines of a ballet dancer in pointy shoes, communicating an entire story through movement and facial expressions, without saying a word. Or the energy and emotion that can be expressed through the quick forceful movements of a dancer in tap shoes. The quintessential philosophy of Mannerism is to express the ideal of beauty outside of the natural or the realistic. What art form does this better than dance?