History of the Cha Cha Dance 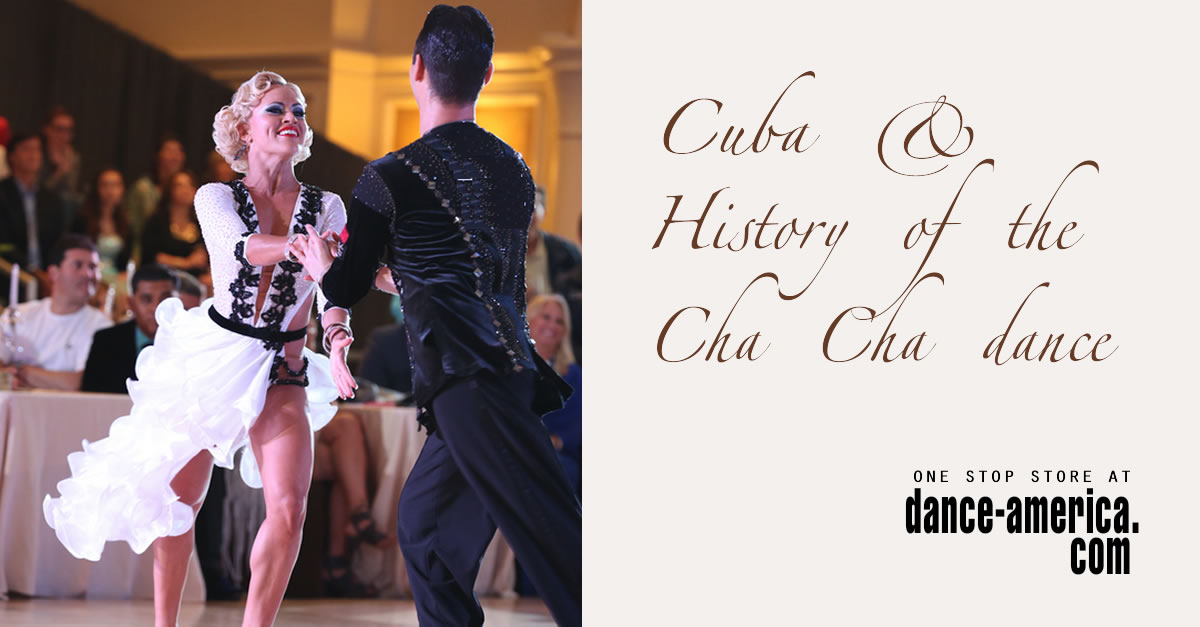 History of the Cha Cha Dance

The cha-cha dance originated from Cuba and was originally known as the cha-cha-cha. The dance gained popularity around the 1950's and was created from two other dances – the 'mambo' and the 'danzon'. While working with the charanga group 'Orquesta America' in Cuba  performed at dance halls in Havana. Enrique Jorrin, a violinist and composer, realized that most of the crowds related the danzon-mambo rhythm to a much slower mambo dance and thus had hardship adopting the syncopated rhythms. He decided to compose music that strongly focused on the first downbeat such that the rhythm became less syncopated. This caused the crowd dancers to develop a triple step, creating the sound 'cha-cha-cha' with their shoes, thus the cha-cha-cha was born.

Some, however, maintain that the footwork pattern "one-two-cha-cha-cha" has its roots in the vocal imitation of the sound produced by the shoes.  The name of the dance is basically an onomatopoeia that comes out of the sound of the  dancer's shoes. This explains why many call it the 'cha-cha-cha' and others 'cha-cha'. Other's have speculated that the name and dance originate from the ritual dances and religious music of the West Indians who used some plants which had seedpods they called cha-cha to build a musical rattle for use in religious singing and thus dancing.

The dance was introduced in the United States around 1954 and had apparently gained so much popularity among American's by 1959 that it was reported to be the most popular dance in the country. It remains as one of the most popular Latin dances in the U.S. today. Enrique and his team in Orquesta America released two of his new compositions in the year 1953, the 'La Enganadora' and the 'Silver Star'. These two hit-songs became the very first cha-cha-cha compositions to be recorded in Cuba. The music became quite popular in Havana dance halls and so did the dance, a craze that spread through to Mexico City and finally worldwide with popularity spreading up to Latin America, Western Europe and the United States by 1955. The basis of the modern cha-cha dance was originally taught internationally by an English dance teacher, Pierre Margolie, in the 1950's and today's learning is based on their accounts.

The dance is danced in a steady yet energetic rhythm to authentic Cuban music, Latin Rock or Latin Pop and is made up of two slower steps followed by three quick steps i.e. cha-cha-cha in a 'one-two-cha-cha-cha' dance rhythm. Even though the modern ballroom version of dancing 'cha-cha' gradually continues to evolve with every dance competition; it remains strongly based on its Cuban roots from the 1950's.