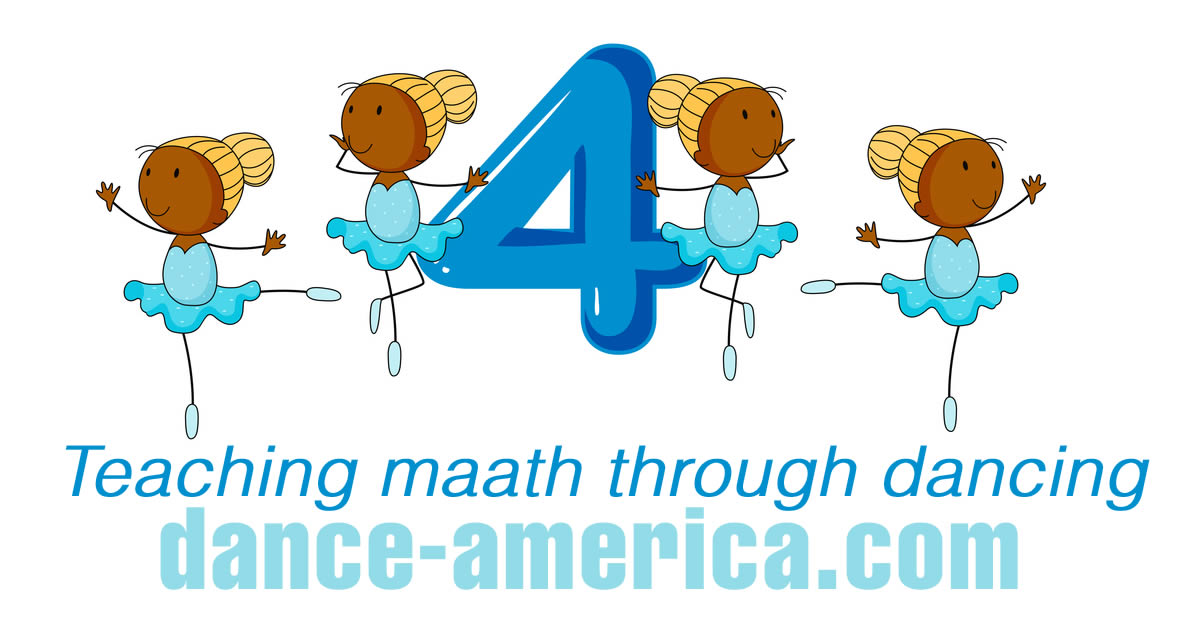 "Math is not, generally speaking, presented in a fun way. The concepts, as I see them, are fun, and that's the way I'd like to convey them myself," observed Danica McKellar, teen actress in the hit show "The Wonder Years" who turned math education activist after earning a mathematics degree from UCLA. She has authored several books aimed at encouraging girls to pursue mathematics such as "Math Doesn't Suck," "Kiss My Math," and "Hot X: Algebra Exposed." The same love and passion McKellar has for innovative math education is shared by several other inspired young women who have chosen a different method for teaching math--that of dance.

While dance and mathematics may at first glance seem as far apart as the fine arts department from the math and science wing of a modern high school, the two disciplines are actually much closer. "But mathematics is the sister, as well as the servant, of the arts...," said mathematician Marston Morse. One current innovative educator who has discovered this is Malke Rosenfeld, developer of "Math In Your Feet," a program to use dance to teach students math. Rosenfeld, a professional dancer who performed with Riverdance in London, created this program after taking off her dancing shoes and conducting a decade of research. Based in Bloomington, Indiana, "Math In Your Feet" holds workshops for students, usually at the elementary level, to teach basic important mathematical skills and concepts through dance. Students learn fractions, congruence, and reflective symmetry through the program. Rosenfeld also has workshops for educators who desire training to use "Math In Your Feet" in their classrooms.

Another pioneer in this cross-curriculum approach is "Math Dance" which is headquartered in London and is the creation of Panorea Baka, a native of Greece who earned a degree in applied mathematics. She was frustrated with the tradition approach to math education that kept it disconnected from the real world. "Math was taught in isolation, and math education was theory-centered rather than practice-centered," she remembers. When she first put on dancing shoes and took her first dance class at age 20, she realized the effective vehicle dance could be to bring math concepts to students. In 2013 she began her educational program, which holds workshops for students up to ninth grade. "Math Dance" teaches students "...ratios, shapes, probability, combinations and permutations, and number patterns through choreography and movement," writes A.K. Whitney, reporter for Noodle.

A third program similarly aimed at providing math education through dance is "SHINE," developed by another young lady with much experience , MIT graduate Kirin Shina. She founded it in 2013 in Boston to address the needs of middle school girls for in math education. It is an 8 week after school tutoring workshop that aims to encourage girls who may not see themselves able to excel in math.

These innovative math teachers are carrying out their great vision of inspiring a new generation of mathematicians. They are trailblazers--through dance.